A schoolboy star at Michaelhouse, Lambie came through the ranks as a fullback, but it was at flyhalf that he made his name for the Sharks, guiding them to a comprehensive victory over Western Province and famously handing off Schalk Burger in the Currie Cup Final at just 20-years-old.

Since delivering an outstanding solo performance in a Man of the Match effort in the 2010 Currie Cup final, Lambie has been a fan favourite with The Sharks and Springbok supporters.

He has established himself within the Springbok set-up thanks to his ability to get the backline to attack with flair, his accurate kicking and solid defence.

Patrick Lambie was the youngest member of the Springboks Rugby World Cup squad in 2011 and has firmly established himself as one of the brightest talents in the local game since making his senior debut in 2009.

Lambie, who is one of the standout players for The Sharks, is versatile and can be used at flyhalf, inside centre and fullback.

He was named South Africas Young Player of the Year in 2011. 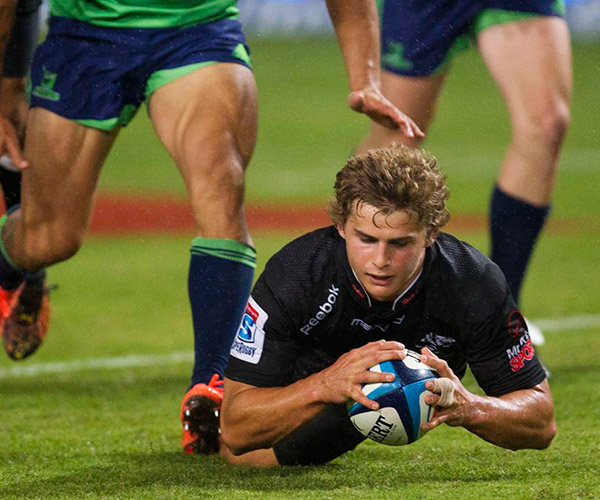 Please take a few minutes to read our and

COPYRIGHT © THE SHARKS ACADEMY | POWERED BY THE CODE GROUP | Version 1.0.6